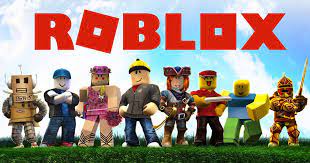 4 Reasons to Play Roblox Now Roblox is a popular multiplayer gaming experience intended at children and young people, similar to Minecraft, which we have covered extensively. Unlike Minecraft, though, Roblox is both a game and a platform for young developers to create their own games. If you’re a gaming parent, think of popular online […]

How to Retain Information: The 3 Phases of Long-Term Memory

How to Retain Information: The 3 Phases of Long-Term Memory   Do you find yourself forgetting what you’ve learned? Even though you’re certain you’ve gone over your notes as carefully as possible, your mind goes blank on the day of your chemistry or biology exam. You go through your thoughts in an attempt to find […]

Is it Possible for Roblox To be Educational? Absolutely! Here’s How To Do It

Is it Possible for Roblox To be Educational? Absolutely! Here’s How To Do It Roblox has many obvious positive traits, such as being entertaining, engaging, and rapidly expanding in popularity throughout the world; nevertheless, is Roblox educational? Yes, Roblox is a strong educational tool that provides children with a variety of learning opportunities. I believe […]