What Exactly is Block-Based Programming

Block-based coding or programming employs a drag-and-drop learning environment in which programmers construct animated stories and games using coding instruction “blocks.” It’s an entry-level exercise in which youngsters can develop a foundation in computational thinking through graphics rather than text-based coding.

What exactly do you mean by “blocks?”

When we say “blocks,” we’re referring to the “chunks” or “pieces” of instructions that a user is piecing together to teach their invention what to do. Scratch programming, for example, is block-based and is one of the most popular options for kids coding languages. Scratch blocks are defined as follows:

Motion Blocks: These are used to regulate movement by instructing sprites (Scratch images) to move and turn in respect to the sprite, other sprites, or a certain point. For example, developers can order a sprite to travel ahead 10 steps or turn 15 degrees to the right with a single block.

Looks blocks: These are used to change the appearance of a sprite and can be used to make a sprite say or think something, change costumes or backdrops, or even change the size or graphic effects of a sprite. Creators, for example, can instruct their sprite to display a text bubble and say “hi!” for two seconds.

Sound blocks: are used to add sounds to a tale or game, as well as to adjust sound effects such as pitch and volume. For example, a sound block can be used to begin playing a “meow” sound, followed by another sound block that stops all sounds.

Blocks provide a fantastic learning experience, with children rapidly recognizing that their programs will only do what they tell them to do, and that code will only run in the order it was “written.”

What exactly are “sprites?”

As previously said, a sprite is a picture that can be a character or an object. Creating a character in Scratch is hence referred to as “painting a sprite.” Sprites may be readily made with a form tool, and their color effects can be changed using looks to block.

What kinds of things can you make with drag-and-drop block coding?

Kids may let their imaginations run wild with block-based coding in a tool like Scratch, creating an unlimited number of sprites and bringing those creations to life with animation and storytelling. For example, in Scratch, children can create:

Clicker games need the player to click on objects, such as popping balloons, in order to win points. As each balloon is clicked, a new one of a different hue appears in a different location on the screen. 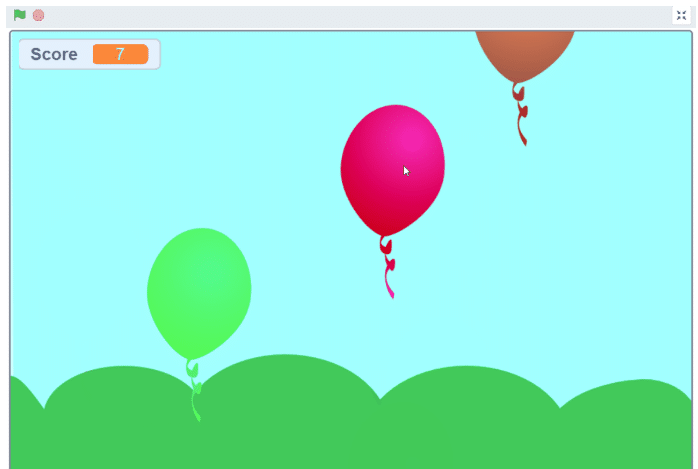 Players in chase games control a character who is “chasing” another character or object. For instance, it may be an octopus attempting to catch a fish moving randomly around the screen.

Pong games are just what their name implies: they employ a mouse-controlled paddle to travel back and forth in an attempt to keep the bouncing ball from reaching the ground.

Make it fly games require the user to control their sprite using up and down arrows, which may be a bird that can move up and down to grab a bug scurrying across the screen.

Adventure games are a little more advanced, with players collecting artifacts as they proceed through numerous game levels in various settings.

One nice feature of block-based coding is that it allows for a more concrete coding experience for young learners. Not only on-screen but also something youngsters can touch in their hands with Scratch Cards, a set of cards that provides a tactile, visual depiction of many coding ideas and teachings. Students who are ready to dive into block-based coding can do so with a one-on-one instructor in our online coding courses, or with a small group of other students in our Virtual Tech Camps for the added socialization advantage. Learn more about the many coding programs for kids.

What Exactly is Block-Based Programming